I had been dating a new partner for a few weeks when I asked him why he had taken so long to initiate sex with me.

I joked that he might have been taking the no sex on a first date rule too literally.

I could tell that he was waiting for his chance to tell me something, and he did.

He told me that he suffered from ED.

I choked on a mouthful of beer and spluttered, “You can’t have ED – we’ve had loads of sex!”

I looked on silently as he proceeded to explain that he suffered from erectile dysfunction.

I cut him short during the unnecessary explanation.
“I know what ED is I told him, I mean how come you think that you have ED”?

I’d never orgasmed through penetration, I had faked almost every orgasm with a partner, so I hadn’t thought our sexual relationship was any different.

He performed as well as other men I had slept with and better than most, but I really hadn’t paid that much attention as I usually let men get on with it and enjoy themselves.

I had learned from a study by the Journal of Sex and Marital Therapy showed that only 18% of women achieved orgasm through intercourse alone.

He admitted that he had an awful experience with a girlfriend when he was younger.
He told me that this girl was unreasonably demanding in bed and slept with his friends and other men.
Her excuse for sleeping with everyone he knew that he was a crap lay.

The harsh and negative criticism left him feeling that he was a sexual failure, and the symptoms persisted for years.

Eventually, he realised that his feeling like a sexual failure was affecting all of his relationships and making him miserable.

One today he started researching men’s sexual issues online, and he said that some articles he read had helped him to realise that he needed to change his way of thinking.

He realised that his own sex life had been ruined by some slut just so she could cover up her own fucked up behaviour.

He went on to say that he had started to use erection pills as they helped him to offset doubt and nerves before sex.

He also said he was finally becoming sexually confident again after all these years.

I was shocked at the revelation, and I had to apologise for my behaviour, saying that I thought it was normal for women to fake orgasms during penetration, I was told it made men feel better.

We had both made honest confessions about our sexual inadequacies that night.

Our newly found openness led us to a deeper level of understanding with each other with less need for pretence.

Our sex life was immediately better, and what I thought was just going to be just another fling turned into a long term meaningful relationship.

Many couples don’t really talk about sex.
This was the first time I had a real conversation about my own sexual habits and beliefs with a man I was sleeping with.

If you have a sexual partner who suffers from erectile dysfunction, there is no need to worry as you can still enjoy a full sex life with them.

Having an “Everything but” sex life might just produce some of the best orgasms of your life.

The moral of this story is that once a man begins to think about improving his sexual performance, he can immediately become a better lover.

N.B. I have started to enjoy penetrative orgasms. Once I stopped having expectations, everything seemed to get better. 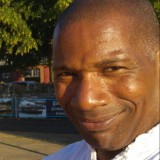